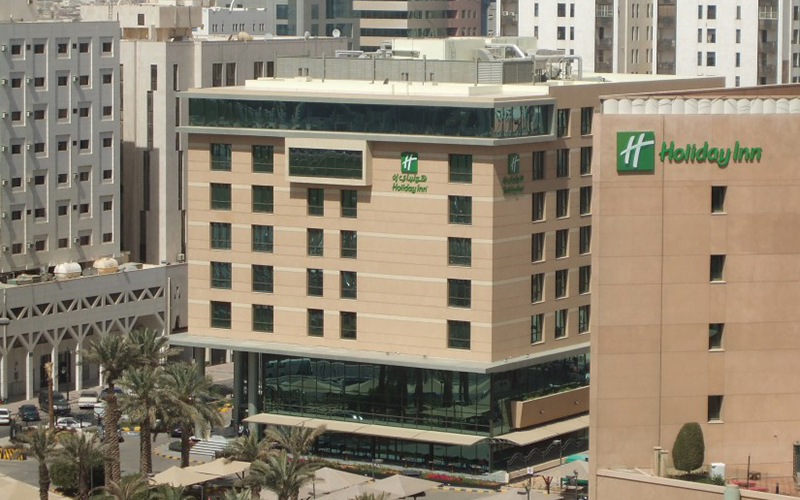 Posted by Administrator In Latest News

The Holiday Inn Palace won the silver award at the MENA Hotel & Tourism Awards in the Middle East and North Africa as the best hotel opened in 2007 in Riyadh. The awards were extended at a dinner held by Mena Tourism and Hotels in the light of the Arab Tourism & Held in the first week of May 2008 in honor of the pioneers in the hotel industry. The awards were distributed to 81 winners in 18 different tourism fields, who passed the award program and were able to compete for 5000 subscribers in all areas of the region for their worthy efforts and quality. In addition to the luxury hotel rooms with a business center, health club, state-of-the-art meeting rooms and banquet halls for up to 1000 people, the hotel has the best location in the heart of the city. Riyadh city.